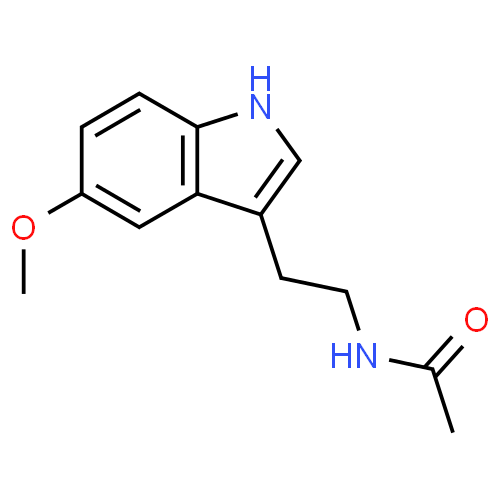 Melatonin is a biogenic amine that is found in animals, plants and microbes. Aaron B. Lerner of Yale University is credited for naming the hormone and for defining its chemical structure in 1958. In mammals, melatonin is produced by the pineal gland. The pineal gland is small endocrine gland, about the size of a rice grain and shaped like a pine cone (hence the name), that is located in the center of the brain (rostro-dorsal to the superior colliculus) but outside the blood-brain barrier. The secretion of melatonin increases in darkness and decreases during exposure to light, thereby regulating the circadian rhythms of several biological functions, including the sleep-wake cycle. In particular, melatonin regulates the sleep-wake cycle by chemically causing drowsiness and lowering the body temperature. Melatonin is also implicated in the regulation of mood, learning and memory, immune activity, dreaming, fertility and reproduction. Melatonin is also an effective antioxidant. Most of the actions of melatonin are mediated through the binding and activation of melatonin receptors. Individuals with autism spectrum disorders (ASD) may have lower than normal levels of melatonin. A 2008 study found that unaffected parents of individuals with ASD also have lower melatonin levels, and that the deficits were associated with low activity of the ASMT gene, which encodes the last enzyme of melatonin synthesis. Reduced melatonin production has also been proposed as a likely factor in the significantly higher cancer rates in night workers.