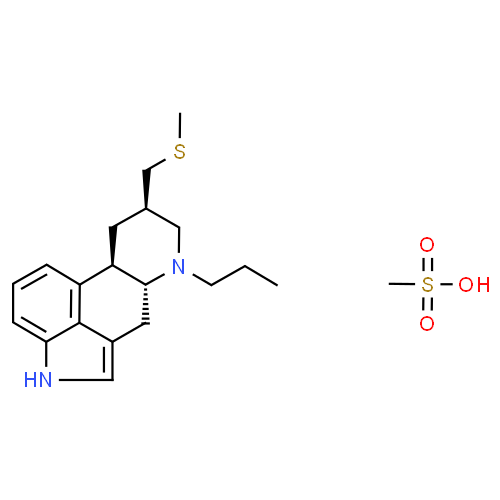 Pergolide is a long-acting dopamine agonist approved in 1982 for the treatment of Parkinson’s Disease. It is an ergot derivative that acts on the dopamine D2 and D3, alpha2- and alpha1-adrenergic, and 5-hydroxytryptamine (5-HT) receptors. It was indicated as adjunct therapy with levodopa/carbidopa in the symptomatic treatment of parkinsonian syndrome. It was later found that pergolide increased the risk of cardiac valvulopathy. The drug was withdrawn from the US market in March 2007 and from the Canadian market in August 2007.