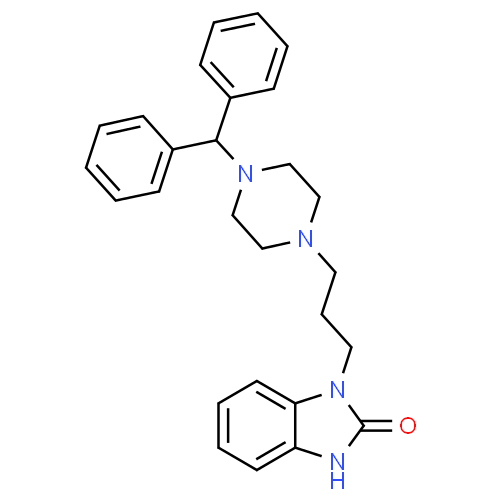 Oxatomide is a phenylpiperazine which acts as an H1 receptor antagonist. An interesting characteristic of Oxatomide is that it does not block acetylcholine in the central and peripheral nervous system. Studies conducted on guinea pigs show that Oxatomide suppresses PAF-induced bronchoconstriction and inhibits the release of leukotrienes and other mediators. Alternate studies show that the effectiveness of Oxatomide is not altered as a result of pretreating the cells with histamine, which is observed in other H1 receptor antagonists such as Fexofenadine (sc-218475). It is believed that Oxatomide's lipophilic properties allow it to cross the plasma membrane of cells.