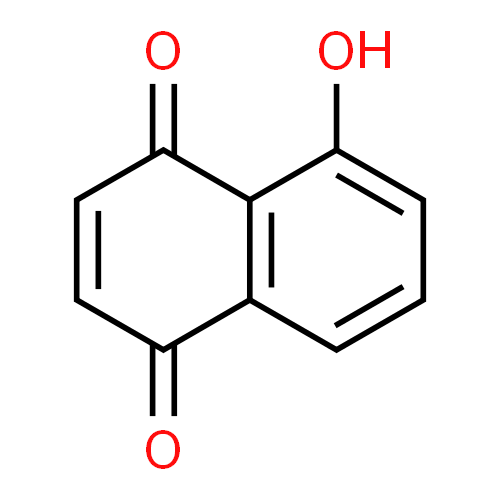 Juglone inhibits the transcription of Pol II (RNA polymerase II) by changing the sulfhydryl groups and blocking the assembly of the preinitiation complex. Other studies show that Juglone does not block T7 RNA polymerase but that it inhibits Pol II and Pol III (RNA polymerase II and III). Human Pin1, Escherichia coli parvulin, and the yeast Ess1/Ptf1 have been shown to be blocked specifically and irreversibly by Juglone. Additionally, Juglone is an antifibrotic compound and promotes apoptosis via the mitochondrial-dependent pathway. Juglone is an inhibitor of Cyclophilin and Pin4.