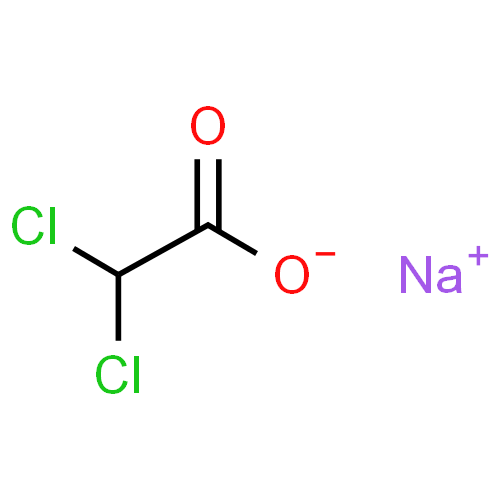 Dichloroacetic acid, often abbreviated DCA, is an acid analogue of acetic acid in which two of the three hydrogen atoms of the methyl group have been replaced by chlorine atoms. The salts and esters of dichloroacetic acid are called dichloroacetates. Salts of DCA are used as drugs since they inhibit the enzyme pyruvate dehydrogenase kinase. Early reports of its activity against brain cancer cells led patients to treat themselves with DCA, which is commercially available in non-pharmaceutical grade. A phase 1 study in 5 patients concluded that DCA was safe, but wasn’t designed to establish effectiveness.