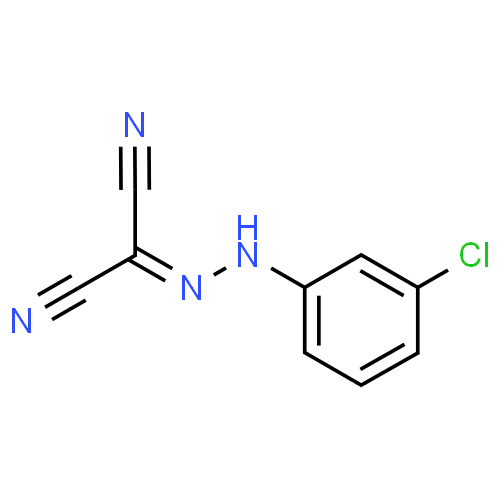 A proton ionophore. It is commonly used as an uncoupling agent and inhibitor of photosynthesis because of its effects on mitochondrial and chloroplast membranes. Carbonyl Cyanide m-Chlorophenylhydrazone, a protonophore and an inhibitor of ER-Golgi protein transport, has been reported to bind to Cytochrome C oxidase with a high affinity. In experiments done on bullfrog sympathetic ganglia, this compound increased spontaneous release of luteinizing hormone-releasing hormone, which strongly depended on firing frequency. Other studies suggest that Carbonyl Cyanide m-Chlorophenylhydrazone is also a proton conductor that could greatly affect E.coli cell viability in the presence of glucose.