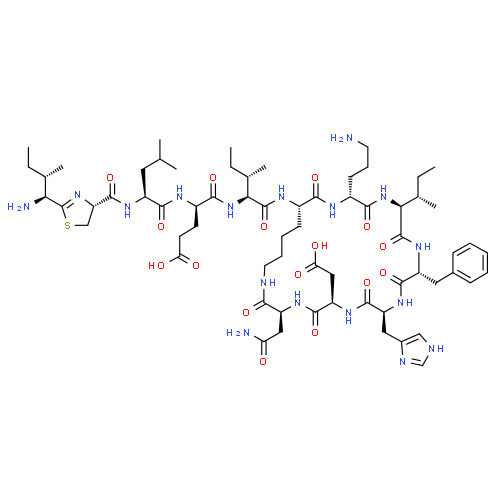 Bacitracin is a mixture of related cyclic polypeptides produced by organisms of the licheniformis group of Bacillus subtilis var Tracy. Its unique name derives from the fact that the bacillus producing it was first isolated in 1943 from a knee scrape from a girl named Margaret Tracy. As a toxic and difficult-to-use antibiotic, bacitracin doesn’t work well orally. However, it is very effective topically.Bacitracin is synthesised via the so-called nonribosomal peptide synthetases (NRPSs), which means that ribosomes are not involved in its synthesis.